Laptops have had a hard time in the market, as it is challenging to add innovation. They are a tightly packed piece of hardware already, so adding extra functionality is difficult. Nevertheless, different companies keep coming up with different solutions by adding some features.

Some add a secondary battery; some make it extra slim; some cram a desktop graphics card into laptops, etc. It is difficult to convince consumers that the new iteration of a laptop is different from the rest, so the manufacturers keep adding small changes.

The laptops we are going to review today are from the same line of category from Asus. They have minor differences, which we’ll discuss, but the majority of the features are the same. Asus has also come up with a couple of neat improvements that differentiate their laptops from the rest of the lot. We’ll discuss each feature in detail and analyze its importance.

Our primary focus is going to be on the difference between the Asus ux431 and the Asusux433. Both laptops come from the Asus ZenBook 14” line. They were the most affordable laptops from the ZenBook series back in 2019.

If you’re looking to purchase either of these two laptops, you must look for their differences. Then you will be able to make the best choice based on your requirements and budget. Although the Asus ux431 is the cheaper laptop, Asus ux433 packs some additional features. Let’s dive into them one by one.

The first thing you notice is the screen. It can be considered one of the primary features to look for when purchasing a laptop. Asus has packed a 14” screen into both of their laptops. Both the laptops house an FHD display. Both Asus ux431 and ux433 have the bodies of a 13” while packing a screen of 14”. The Asus ux431 has 6.45mm slim bezels and a screen to body ratio of 86%, while the Asus ux433 has 2.9mm thin bezels and a screen to body ratio of a whopping 92%. The screen on ux433 covers almost all of the front area. So, the Asus ux433 is the winner in the screen department.

The design and build quality are two aspects on which both laptops shine. They both have a metallic lid with the Asus logo, along with durable hard plastic used for the inner chassis of the laptop. They both contain solid pieces of aluminum placed on the internal chassis. In a nutshell, they are durable and have an elegant design language. The Asus ux431 weighs at 1.45 Kg, with a slimness of 15.9 mm. On the contrary, the Asus ux433 weighs at 1.09 Kg and has a slimness of 15.9 mm. The ux433 is marginally lighter than the ux431.

The keyboard on both laptops features backlit keys. The typing experience is quite similar, and there isn’t much difference in the keyboard section. Both house the same keys with 1.4 mm key travel, which delivers an excellent typing experience. With the ergo lift design, you get an inclined keyboard that offers superb ergonomics when typing.

Moving on to the trackpad. It features windows precision drivers that offer decent tracking. The new feature is that the trackpad doubles as a Numpad. There is a small symbol on the top right of the trackpad, which enables or disables the Numpad. In some regions, you can find a fingerprint sensor instead of the Numpad. Both laptops house them.

Considering the small size and slim design, you may think that they compromise on the hardware. You are far from the truth—both laptops house high-end specs in a thin and light body.

The Asus ux431 can house the 8th generation Core i7 with up to 16 GB LPDDR3 Ram. You can purchase it with a maximum of 1 GB SSD and graphics unit up to Nvidia MX150. You get Windows 10 pro out of the box.

The Asus ux433 can house the 8th generation core i7 with turbo boost of 4.6 GHz and up to 16 GB LPDDR3 Ram. This processor is two times faster than previous generations. You can purchase it with a maximum of 1 GB PCIe SSD storage and graphics unit up to Nvidia MX150. You get Windows 10 pro out of the box.

The storage on both laptops can be upgraded, but both the CPU and the Ram are soldered on the motherboard, so be careful which model you choose.

This is another important feature when choosing a laptop. Both laptops can handle the most demanding tasks with their 8th generation CPU, but how do they perform on battery? The short answer is that both give a decent performance.

The Asus ux431 comes with a 47 Watt-hour Li-Polymer battery, which is rated to last up to 10.8 hours on a single charge.

The Asus ux433 comes with a 50 Watt-hour Li-Polymer battery, which is rated to last up to 13 hours on a single charge.

Both Asus ux431 and ux433 offer a wide range of ports that will have you covered with the basics. One port that lacks is the thunderbolt port, in both.

The Asus ux431 base model comes at $799, which is excellent for budget-friendly consumers. If you are willing to pay a little extra, the Asus ux433 is an excellent choice as it is $100-$200 more expensive. 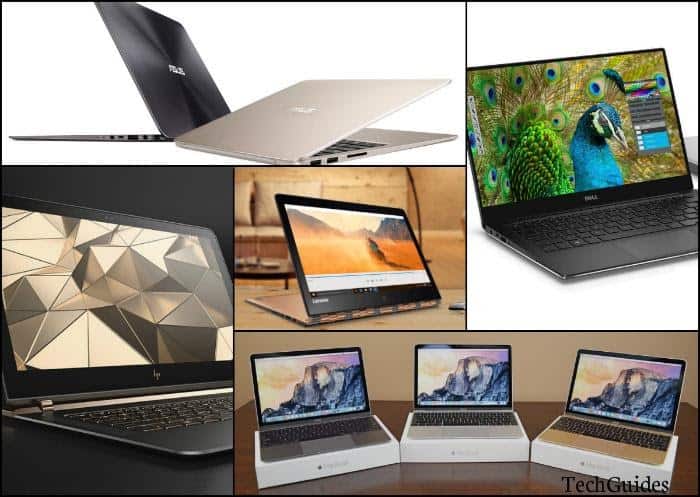 How much does an Ultrabook weigh